Autumn is a harvest season, in order to let us better grasp the tail of autumn to create a good moment for our foreign trade people. The Shanghai bond association organized this interesting sports meeting, which is intended to bring everyone together to relax, but also to cultivate everyone's ability to cooperate and the spirit of not being defeated, dare to break through and fight. In this colorful late autumn season, I'm glad to be able to gather with you and create a wonderful experience for foreign traders.

The slogan of the Games is: run! In the rapid development of the Internet now let us strive to be the trendsetter of the times.

In the afternoon of November 2, 2019, the activity Department of Shanghai bond association organized all member units to hold the second interesting sports meeting of Shanghai bond association in Baoshan trampoline park. A total of 18 enterprises and employees participated in the fierce competition Check in at one o'clock in the afternoon. The match officially began at half past one. The comrades of the activity Department came to arrange the scene early.

You have worked hard! 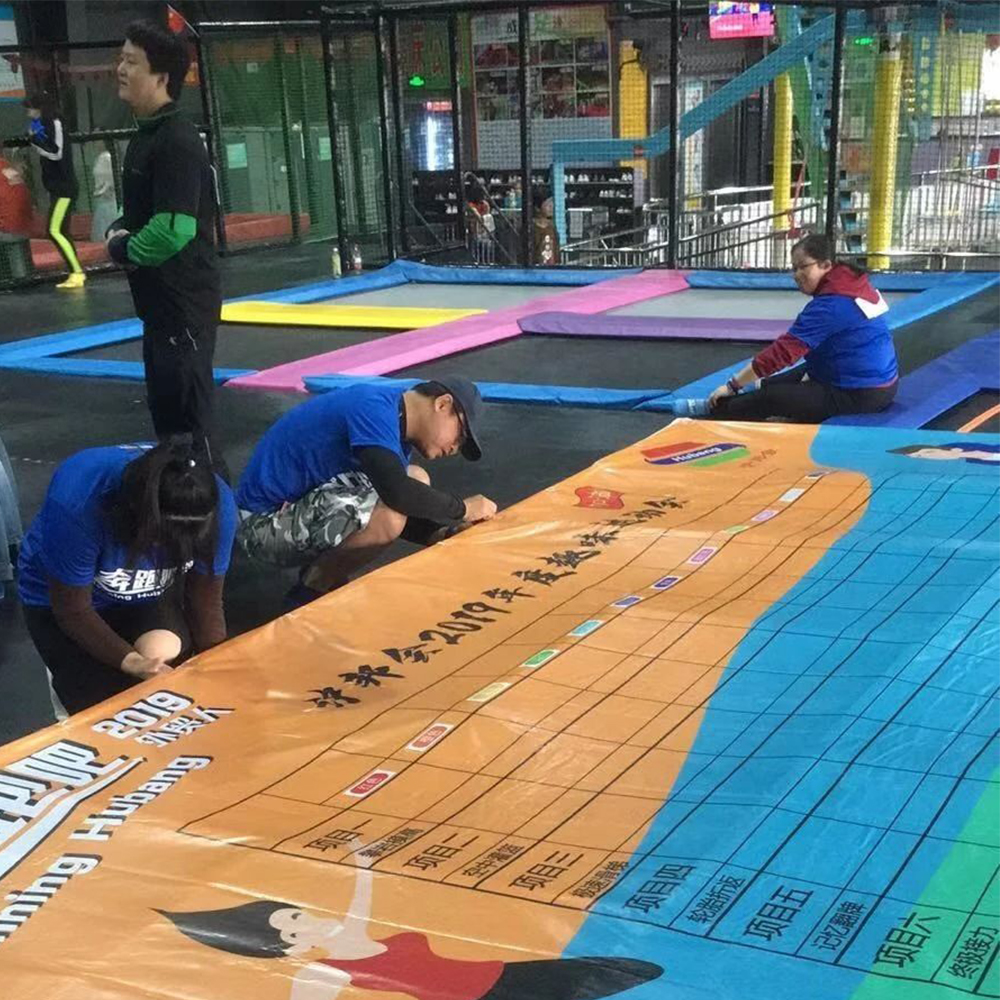 Competition rules: randomly divided into 12 teams according to the color of the clothes drawn, and participated in 6 individual competitions in total.The judges timed each individual ranking;the top two teams in the total score ranking entered the ultimate PK, tearing the famous brand to win the championship.

Each team elects the team leader, takes the team name, and displays the team image. Here is a wonderful display of formation. The last one is very Buddhist. 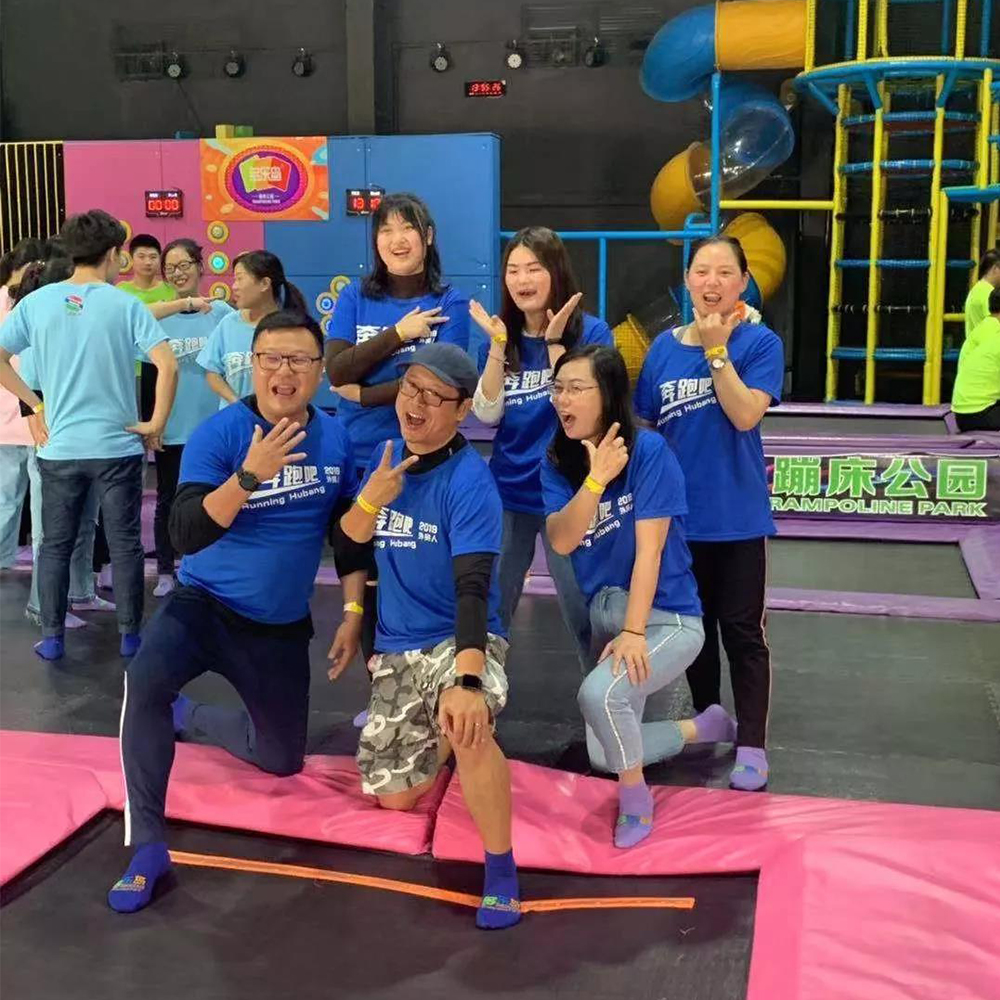 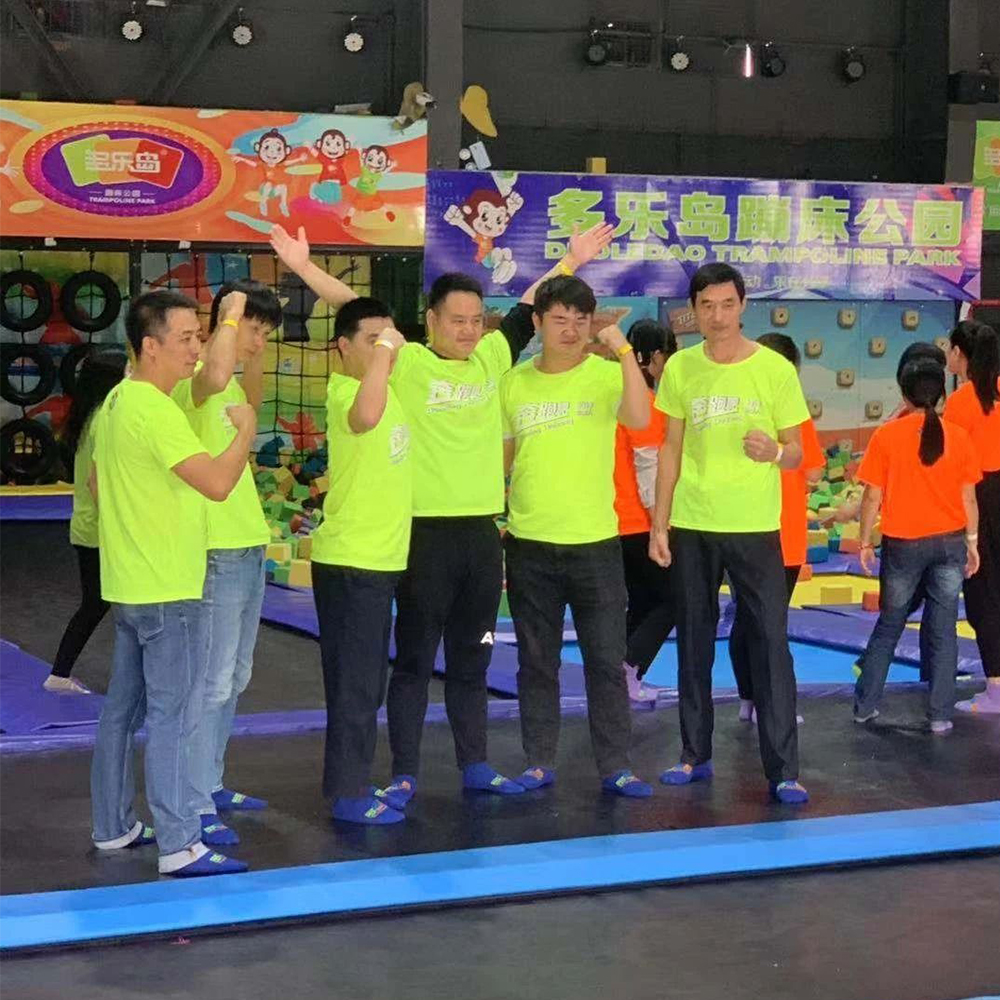 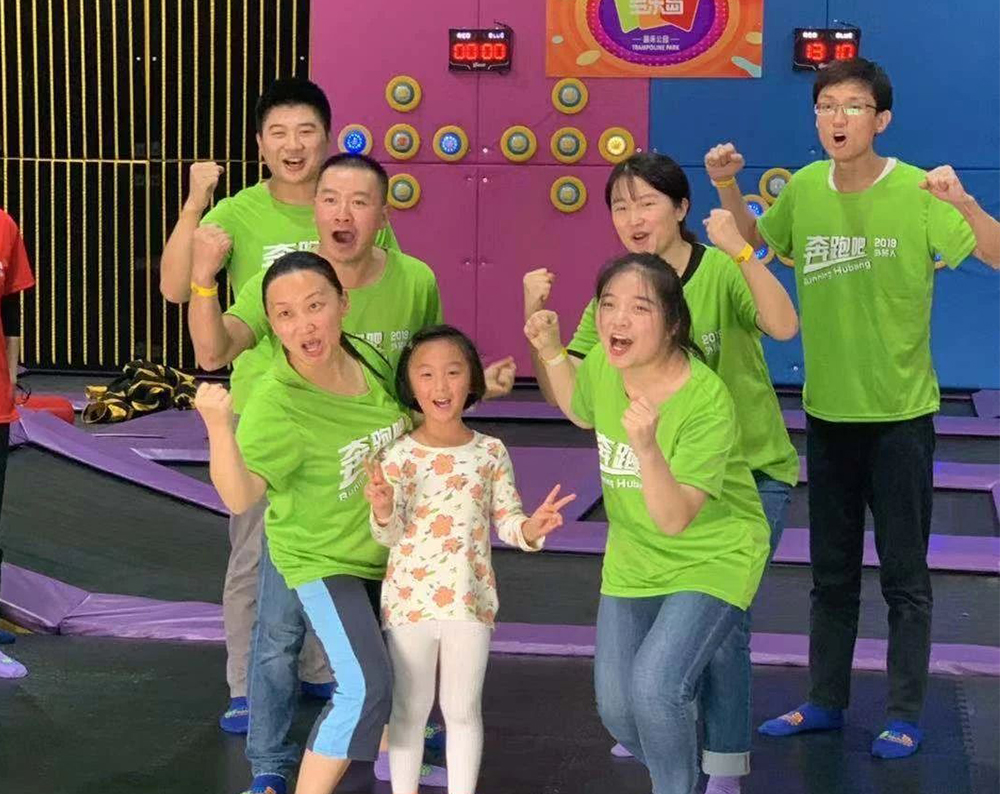 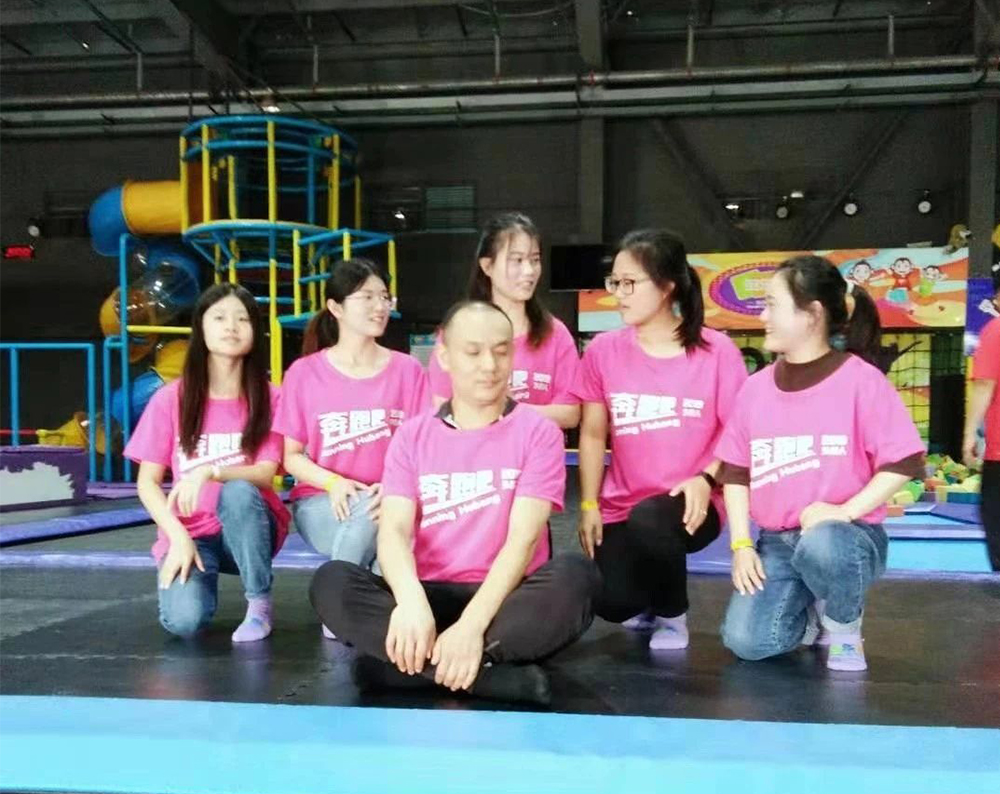 The first competition: rock climbing and height touching. Each member of the team needs to run across the trampoline, swim across the sponge pool,climb up the rock,and take photos of the yellow area at a high place. Win with the least time. 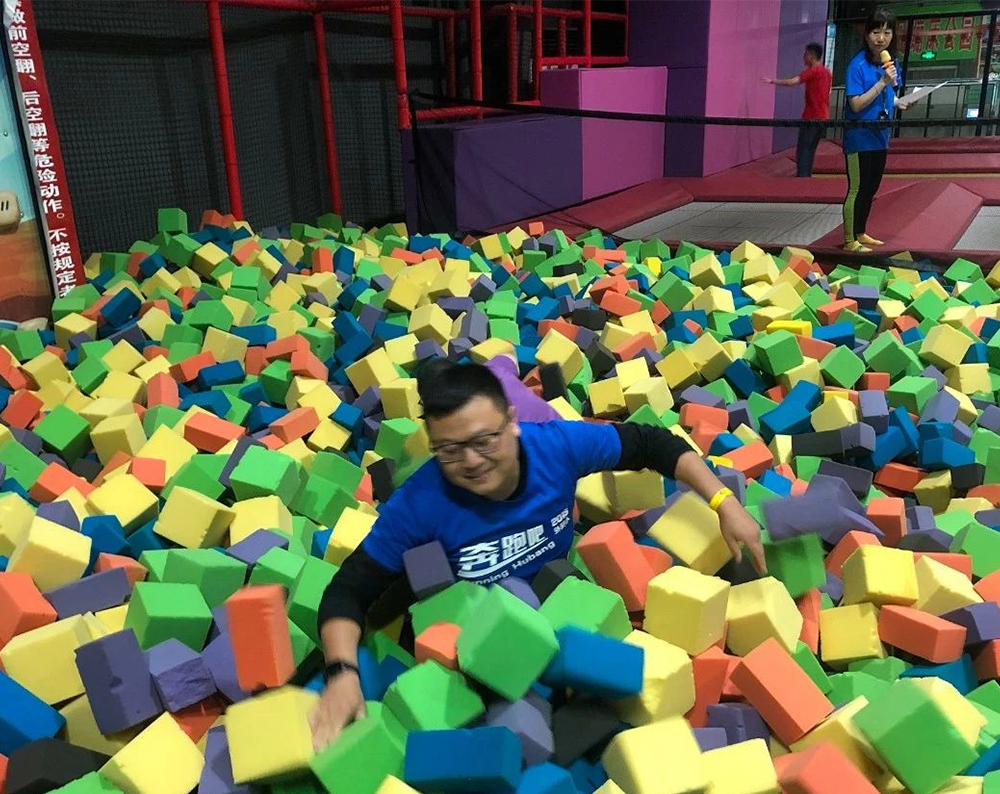 The second project: air blue, each team member from the designated place to run to the basket in turn, hit, take the ball back to the next member,the team with the least time wins. Some players are eager to throw in, but often make mistakes. 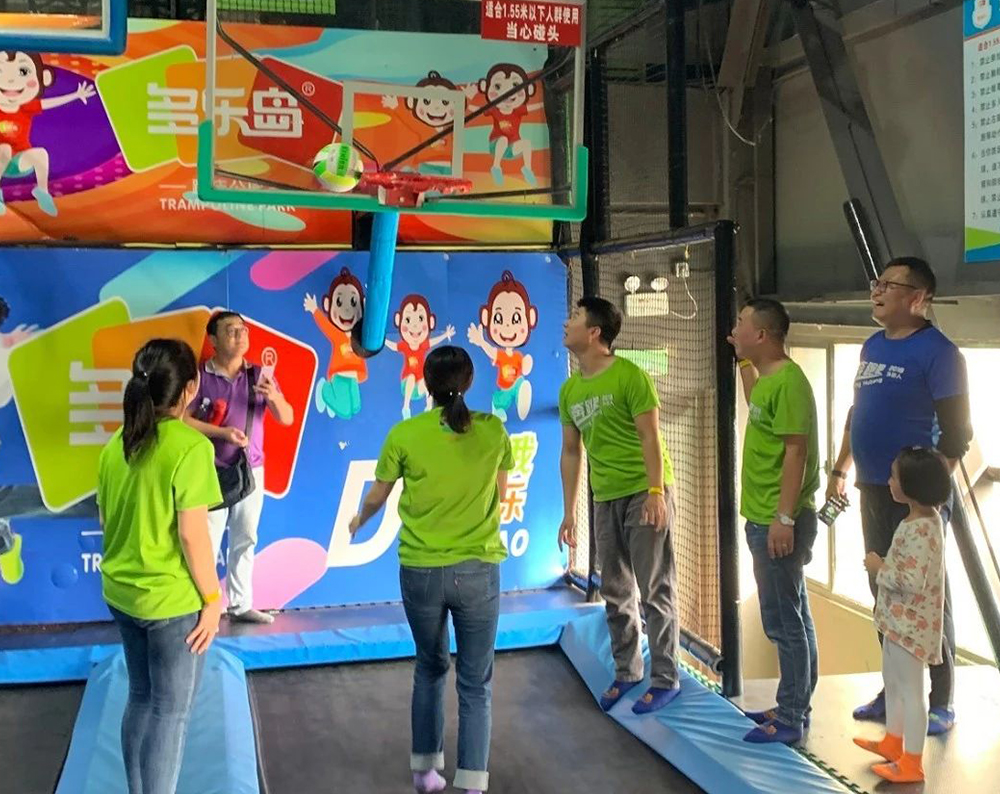 The fourth project: Tire turnaround. The first team member pasted the paper on the fixed wall, and the second team member ran to tear the paper.The fastest group won.

The fifth item: memory flip. Foreign traders should have flexible brains and flexibility. In this project, members are required to turn to designated places and turn out 1-k in order.It is mainly to investigate the memory, expression and cooperation ability of the whole team. Each group is actively thinking about the most effective way to record cards and the order of flip. 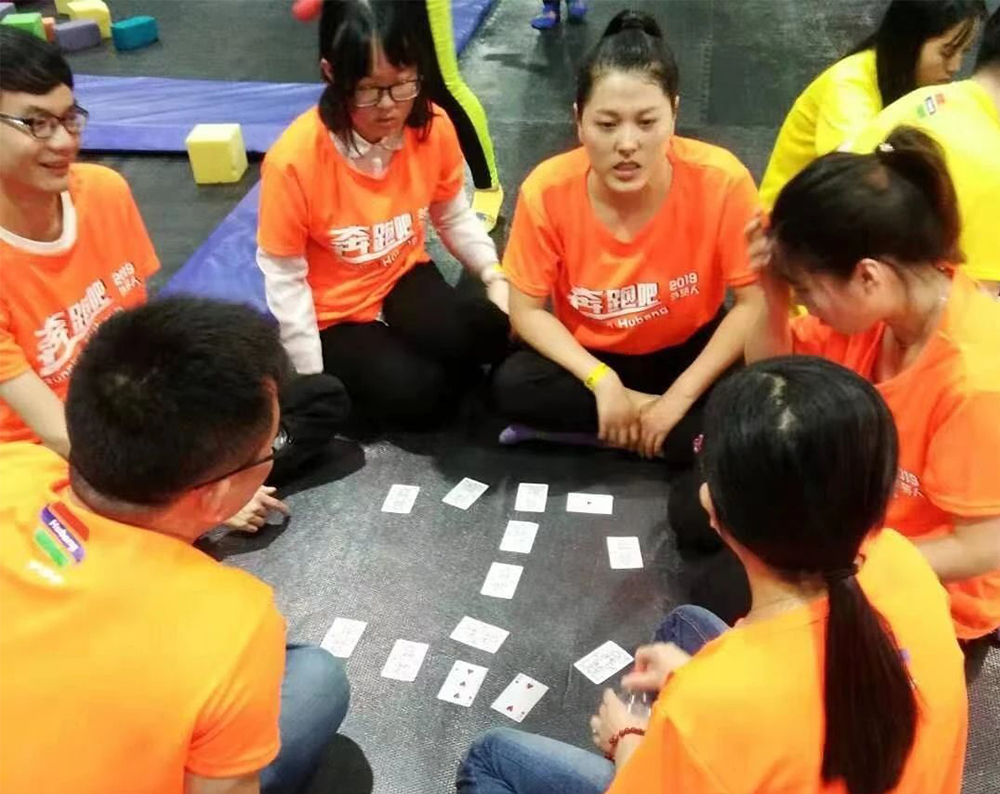 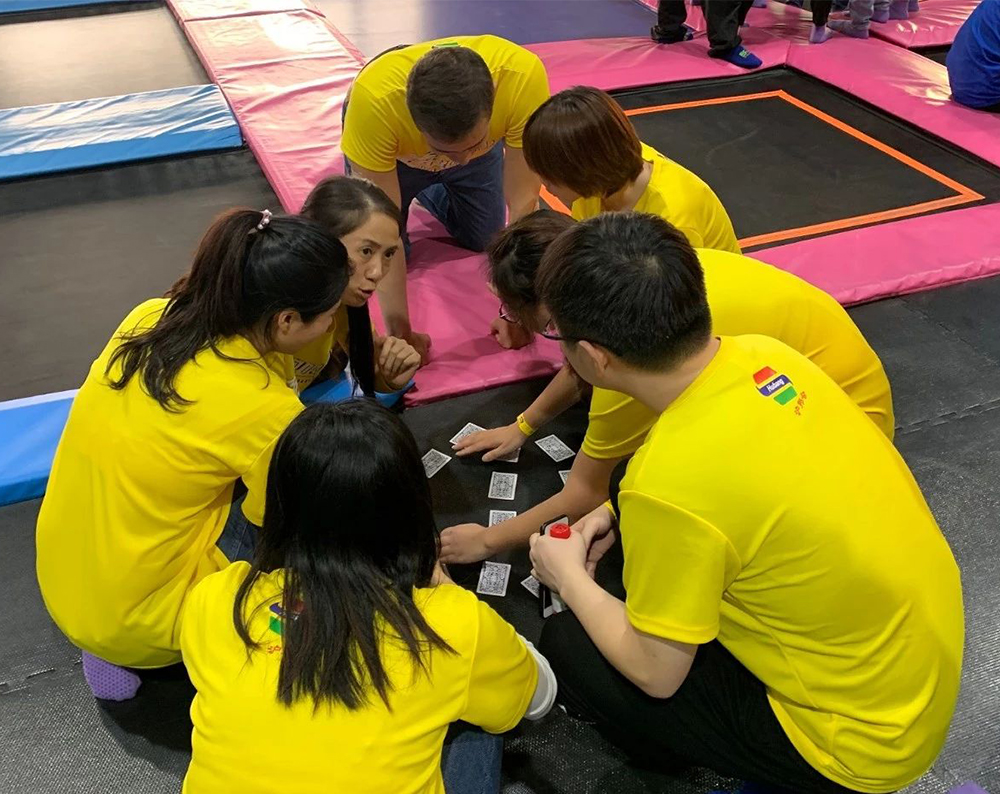 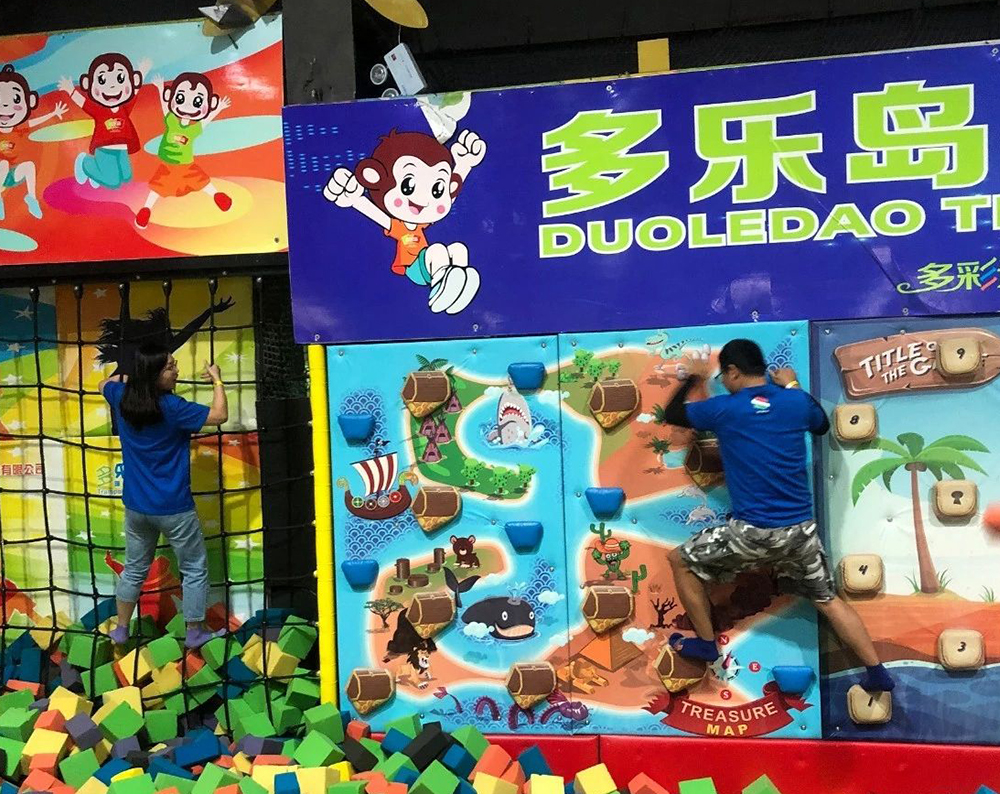 After six single events, the two teams leading in total score decided to win the second place by tearing the famous brand. The final struggle was extremely intense. 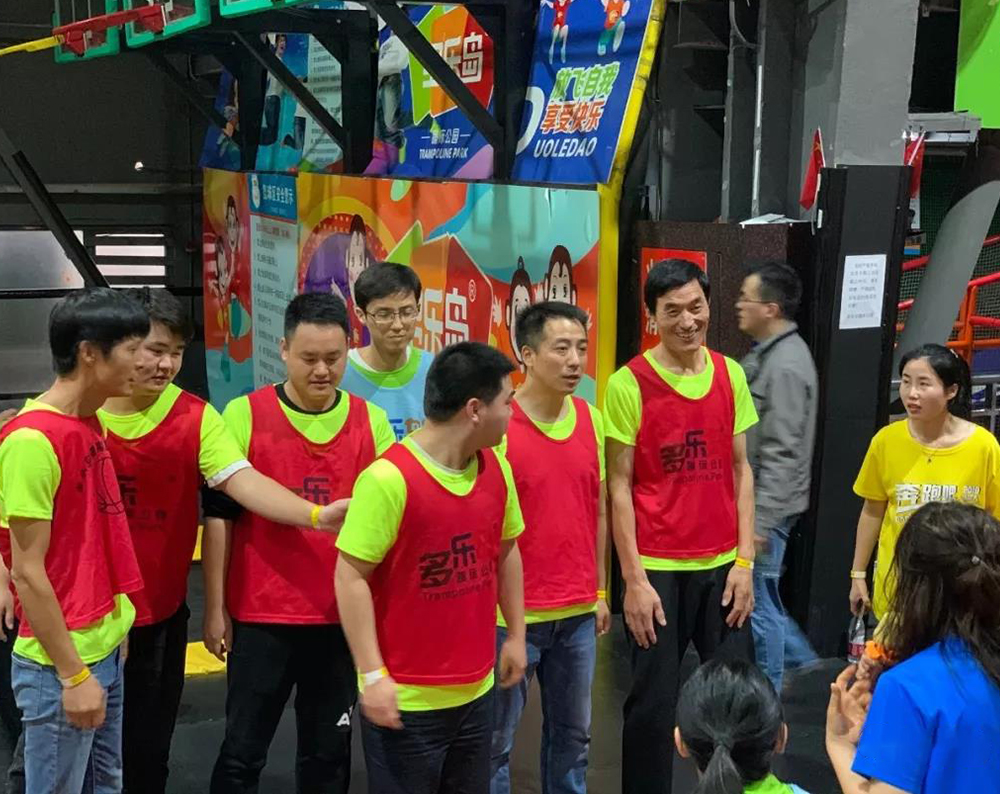 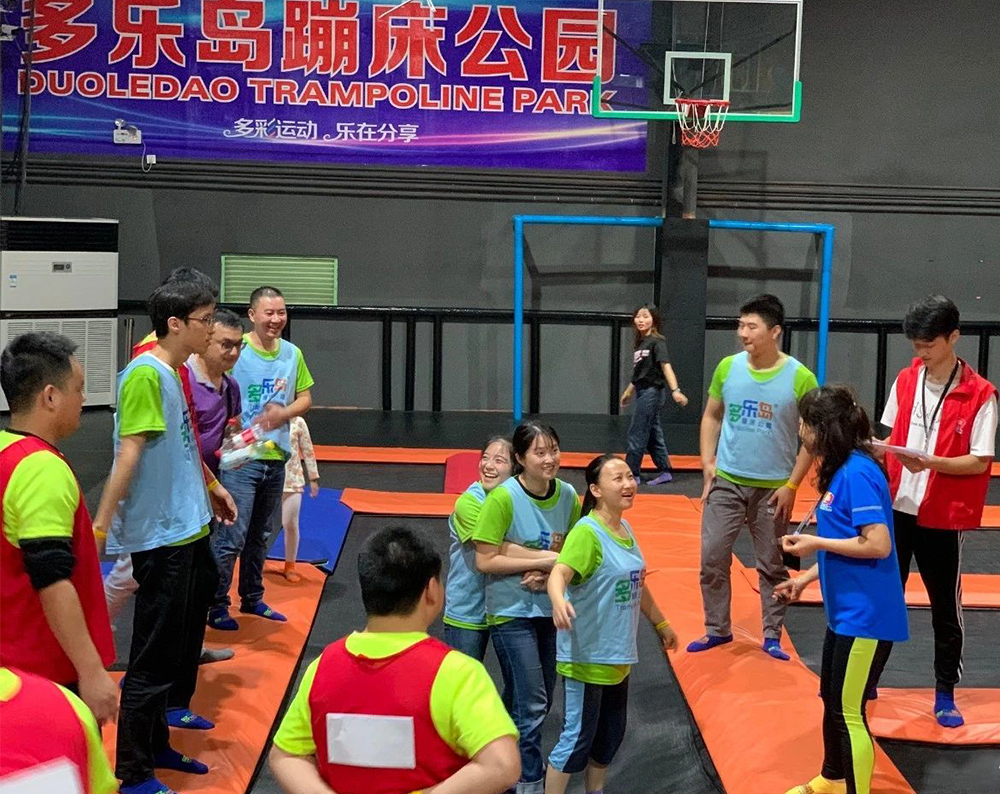 After the fierce competition, the final six single champion and the final champion and runner up have their own masters. The leaders and bosses of the chamber of Commerce presented gold medals to the winning group.

This medal is a very special customized ring. 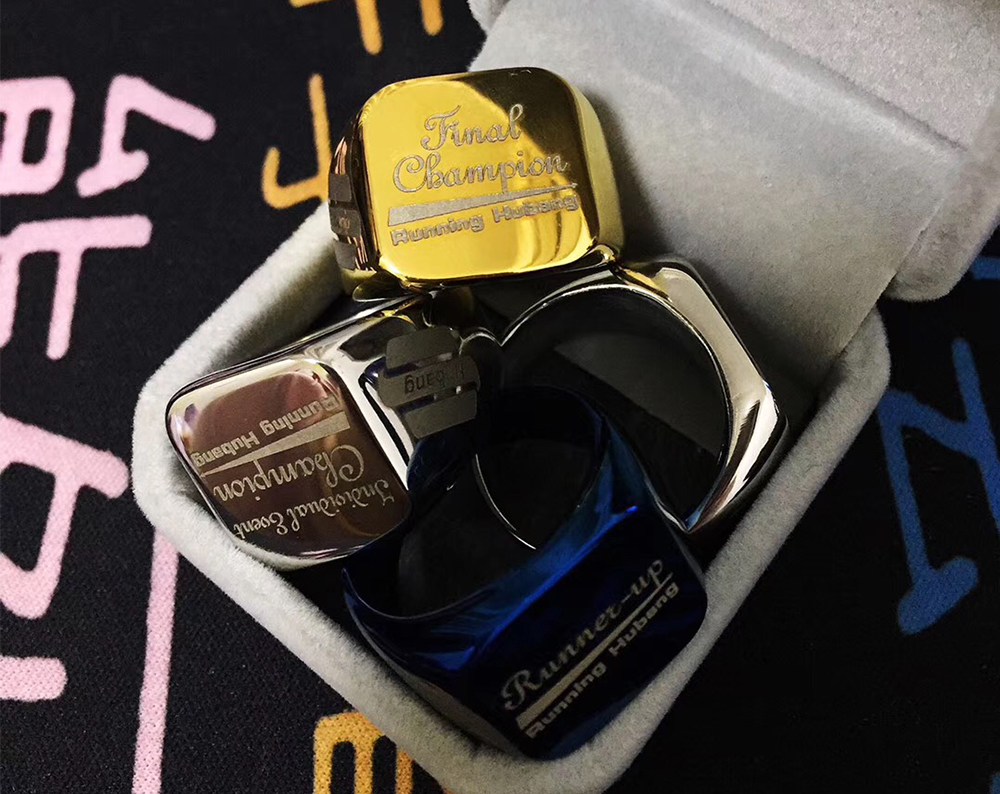 The group building activity was highly praised by the participating bosses and employees. A good exercise of the team's cooperation ability,execution ability, flexibility.At the same time,it also has the fun, the laughter is continuous,

everyone has a good time. 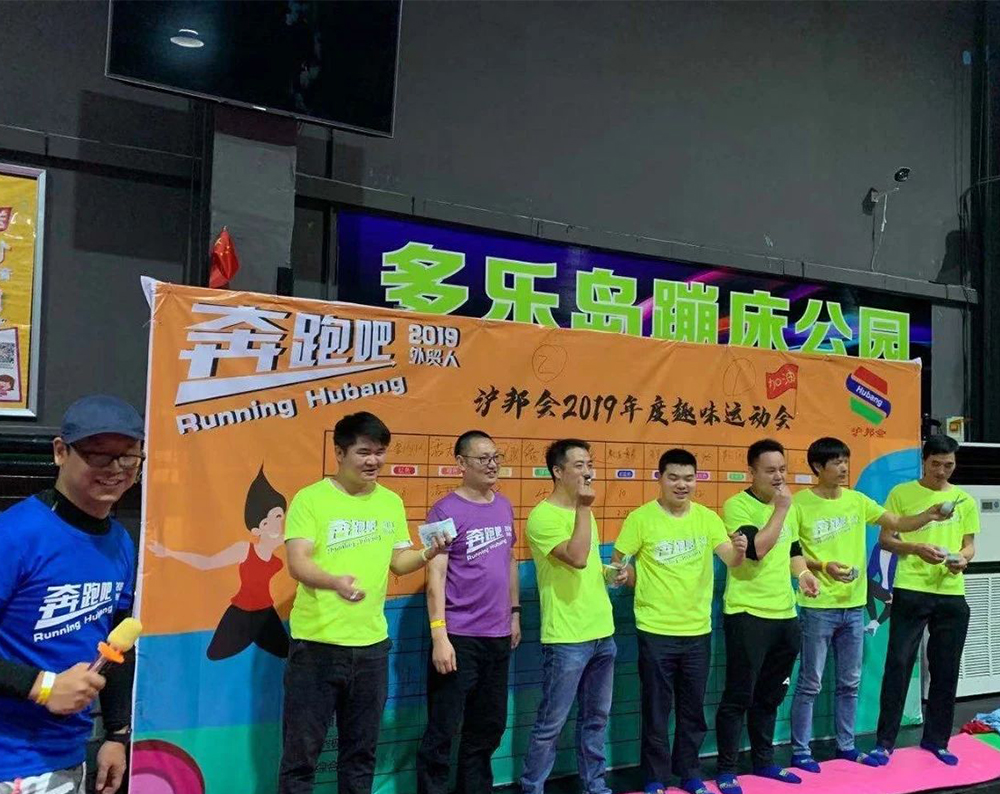 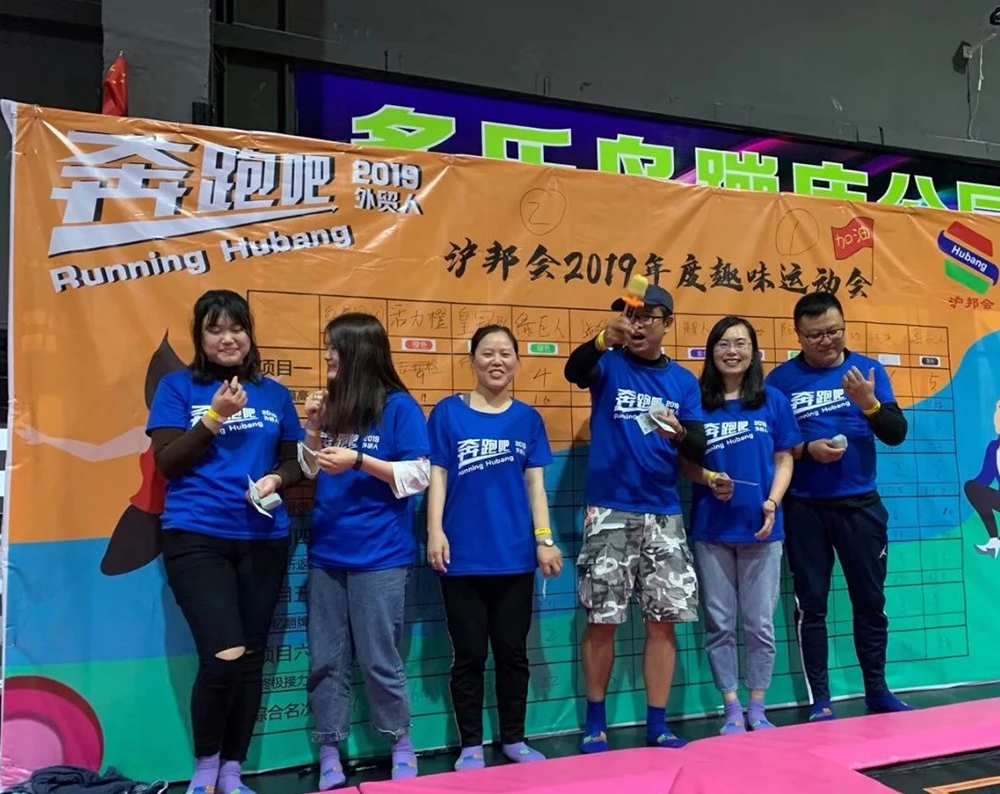 In the whole game, our company's small partners performed very well, and won the championship and runner up of various projects.We also received applause as well as honor. 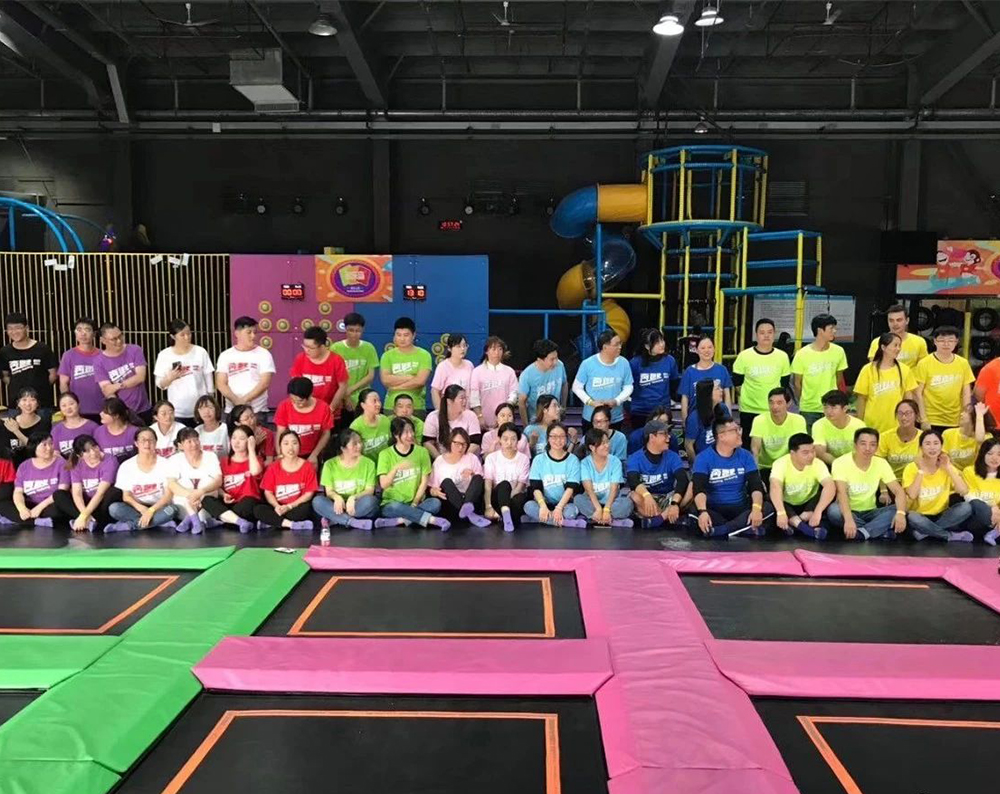